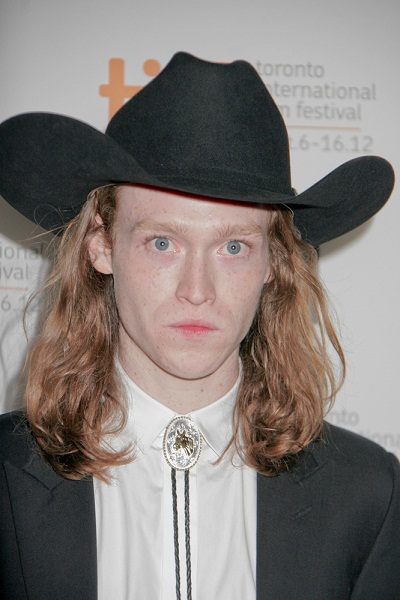 Caleb Landry Jones is an American actor and musician. He has also been credited as Caleb Jones.

His middle name, Landry, is French, but it is unclear if Caleb has French ancestry.

Caleb’s maternal grandfather was Thomas Eugene Gwin (the son of Carl Windell/Wendell Gwin and Beulah/Beaulah Elizabeth Giesler). Thomas was born in New Mexico. Carl was the son of David Floriden/Floridan Gwin and Lora E. Shofner. Beulah was the daughter of Gilbert Augusta/Augustus Giesler and Cora May Ford.

Caleb’s maternal grandmother is Betty Jean Hill (the daughter of Sylvester Parks Hill and Ruth Frances Jennings). Betty was born in Texas. Sylvester was the son of William Park Hill and Ardella Virginia Webb. Ruth was likely the daughter of Worth Alston Jennings, Sr. and Eddie Johnson Vansant.