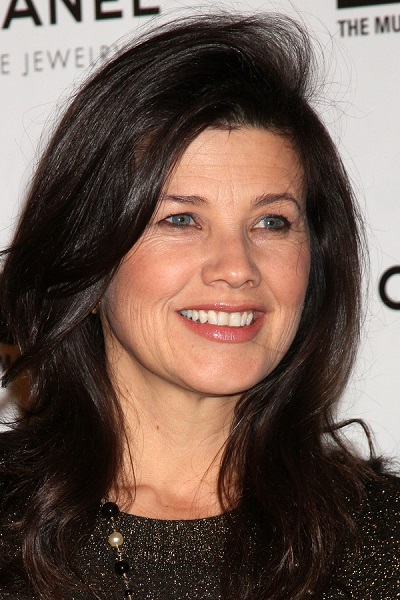 Zuniga in 2010, photo by kathclick/Bigstock.com

Daphne Zuniga is an American actress and environmentalist. She is known for her roles in the films Spaceballs, The Sure Thing, and Gross Anatomy, among others.

She is the daughter of Agnes and Joaquin Alberto Zuniga Mazariegos, a professor emeritus. Her father was Guatemalan, and had Spanish, 1/16th Italian, and likely some Basque, ancestry. Her mother was of Polish and Finnish descent.

Her sister is actress Jennifer Zuniga.

Daphne’s maternal grandfather was Dr. Alfred Edwin Janawicz/Jhnatowicz (the son of Julian Jhnatowicz and Jadwiga Kosman). Alfred was born in Massachusetts, to Polish parents. Jadwiga was the daughter of Mikal Kosman and Amelia.

Daphne’s maternal grandmother was Elvi Alice Fors (the daughter of Emil August Fors and Selma Jaakontytär Sandbacka/Sandbakka/Sandbac). Elvi was born in Massachusetts, to Finnish parents. Emil was the son of Abraham Forss and Anna Pirttiaho. Selma was the daughter of Jacob Mattsson and Lisa Andersdotter Lypsinmaa.