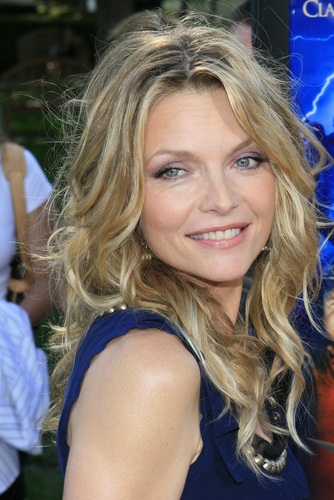 Michelle Pfeiffer is an American actress, singer, and producer. She is known for her roles in the films Batman Returns, The Witches of Eastwick, Dangerous Minds, and The Fabulous Baker Boys, among many others.

Michelle is the daughter of Donna Jean (Taverna) and Richard Pfeiffer. Her sister is actress Dedee Pfeiffer. Her family is from North Dakota, and Minnesota. Her paternal grandfather was of German descent, and her paternal grandmother had German, and smaller amounts of English, Welsh, French, Dutch, and Irish, ancestry. Her mother is of half Swiss-German and half Swedish descent. Michelle was raised partly in Midway City.

Michelle is married to writer and producer David E. Kelley, with whom she has two children, an adopted daughter, Claudia Rose Pfeiffer, and a biological son, John Henry.

Michelle’s paternal grandmother was Dorothy Straley/Stanley (the daughter of James Bert/Burton Straley/Straly/Stanley and Blanche Hulda Griffith). Dorothy was born in North Dakota. Her parents and all of her grandparents were from Pennsylvania. Dorothy had German, and smaller amounts of English, Welsh, French, Dutch, and Irish, ancestry. James was the son of David Straley/Staley and Leah Stineman/Stinmass. Blanche was the daughter of Abner Messenheimer Griffith and Rachel Penrose; Rachel was the daughter of William Penrose and Rebecca Wright.

Michelle’s maternal grandfather was Jacob Bernhard/Bernard/Bernhardt “Jake” Taverna (the son of Jacob Taverna and Dorethea/Dorothea “Dorothy” Bernhard/Bernhardt). Michelle’s grandfather Jacob was born in New Rockford, Eddy Co, North Dakota, to Swiss parents. He was of Swiss-German descent. Jacob may have been related to the Von Taverna family of Switzerland. Michelle’s great-grandfather Jacob was born in Davos, Prättigau/Davos District, Grisons, the son of Hans Jory Taverna and Anna Engel, who were from Kublis and Frauenkirch, respectively, in Graubünden, Switzerland. 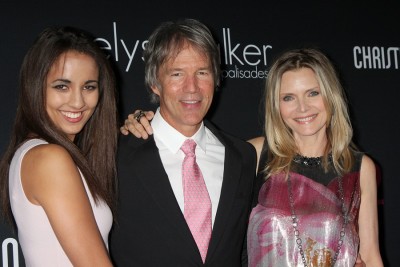 Genealogy of Michelle Pfeiffer (focusing on her father’s side) – http://worldconnect.rootsweb.ancestry.com

Genealogy of Michelle Pfeiffer (focusing on her mother’s side) – http://worldconnect.rootsweb.ancestry.com