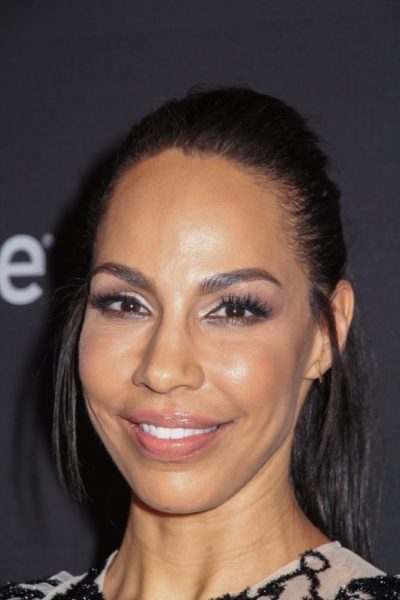 Amanda Brugel is a Canadian actress.

Her biological father is African-American. Her mother is white, from England. She has not met her biological father. Her adoptive father was of half Ashkenazi Jewish and half Indian descent. Amanda is married to Marcel Lewis, with whom she has two children.

The surname Brugel is from her adoptive father, and can be traced to his own grandfather Vyecheslav Brügl/Brügel, a Czech Jew.

She founded Brugs Army, a non-profit that focuses on improving the lives of women and children.

I was 11 years old when I found out that I’m black. Hold on. Half black… one summer afternoon, I came to learn that I had been adopted and was instantly given a crash course on the concept of race. You see, my mother is Caucasian, and my father is Southeast Asian and Jewish. When I was 11, my parents cautiously sat me down and informed me that I had been adopted by my dad, that a completely different man was my birth father and that this man was African-American. Wait! “What did you think you were?” is the question that usually interrupts this part of my tale. My answer, which more often baffles than informs, is always “Amanda. I thought I was Amanda.”… I quickly learned that it made most of society uncomfortable to live a “colour-blind” existence, so I felt immense pressure to secure a race. But it’s difficult to commission an identity at 11. Sometimes I felt Jewish or black-or neither.”

Amanda’s adoptive father is the son of Erich Jan Brugel, a Jewish man, who was born in Zlin, Czechoslovakia, and Millicent De Souza, who was of Indian origin.

Genealogy of Amanda Brugel (focusing on her adoptive father’s side) – http://www.schoenberglaw.com