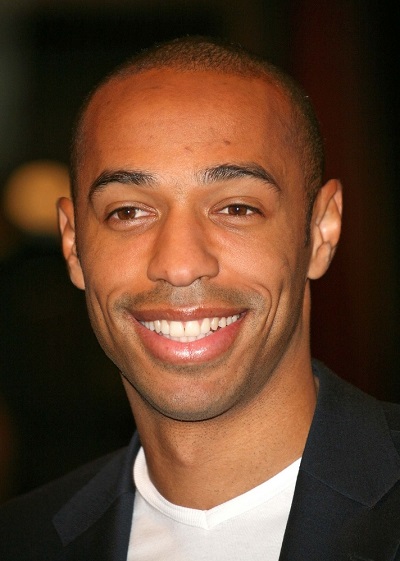 Thierry Henry is a French professional footballer and coach. He has played as a striker for Arsenal (club legend), Juventus, Barcelona, and Monaco, and for the New York Red Bulls in MLS. He is the all-time top scorer of France’s national team.

His father, Antoine, is from La Désirade island, Guadeloupe. His mother, Maryse, is from Martinique. Thierry was born and raised in the Les Ulis suburb of Paris, which, despite being seen as a tough neighbourhood, provided good footballing facilities.

As an NBA fan, Thierry has often been seen with his friend Tony Parker at games. He stated in an interview that he admires basketball, as it is similar to football in pace and excitement.

He has three children, including a daughter with his former wife, English model Nicole Merry.