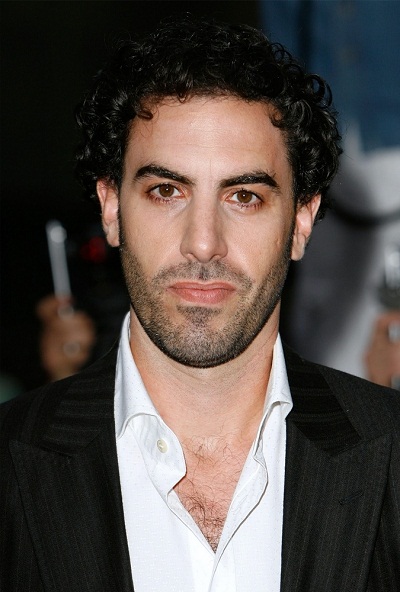 Sacha Baron Cohen is a British comedian, actor, writer, and producer. He is known for his creations Borat, Bruno, and Ali G. He is fluent in Hebrew and sometimes spoke it in his Borat film.

Sacha is the son of Daniella and Gerald Baron Cohen, who was an editor and clothing store owner. His father, of Eastern European Jewish descent, was born in London, England, and raised in Wales. Sacha’s mother was raised in Israel; her parents were German Jews, and she also has distant Czech Jewish ancestry. Sacha’s father’s family, originally named Cohen, added Baron to their surname. Sacha is married to actress Isla Fisher, with whom he has three children. Isla is a convert to Judaism.

Sacha has sometimes been described as being of Iranian Jewish or Persian Jewish ancestry. This is not accurate.

Sacha’s maternal grandfather was named Hans Weiser (the son of Zeev Weiser and Henia). Hans was a German Jew. Zeev was the son of Moses Kliger and Freide Weiser.