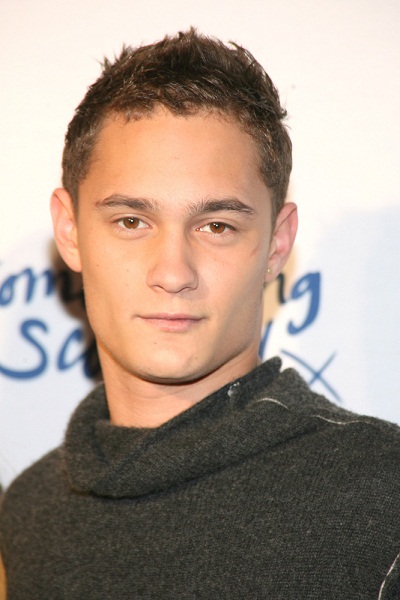 Gavron in 2009, image via Prphotos

Rafi Gavron is a British actor. He is known for his roles in the films Nick & Norah’s Infinite Playlist, Inkheart, and Snitch (as The Rock’s character’s son), among others.

Rafi is the son of Simon Gavron, a British-born publisher, and Martha Pichey, an American-born writer. He has stated that he was raised in a Jewish household. His paternal grandparents were born in London, England, and Tel Aviv, Israel, respectively, both of them to Ashkenazi Jewish families. The family surname was originally spelled Gavronsky. Rafi’s maternal grandfather was from a French-Canadian (Catholic) family. Rafi’s maternal grandmother is of Austrian or Austrian Jewish background.

Rafi’s paternal grandfather was Robert Gavron, Baron Gavron (born Israel Gavron, the son of Nathan/Natie Gavron and Lily/Lilly Ettman). Robert was a printing millionaire, philanthropist, and Labour Life Peer. He was born in Hampstead, London, England, to a Jewish family with ancestors who lived in Lithuania, Moravia, Belarus, Germany, and Poland. Nathan was the son of Israel Gavronsky, who was born in Klikole, Lithuania, and of Esther Katz. Lily was the daughter of Lazar Etman and Jenny Jawitz/Yaabetz Zusman.

Rafi’s paternal grandmother was Hannah Fyvel (the daughter of T. R. Fyvel, Tosco Raphael Fyvel, and of Mary Kirschner). Hannah was a sociologist and academic, and was born in Tel Aviv, Israel, which was then part of the British Mandate for Palestine. Rafi’s great-grandfather T. R. was an author, journalist, and literary editor, and was born as Raphael Joseph Feiwel in Cologne, Germany. T. R.’s father was a Moravian-born Jew, Berthold Feiwel, who was executive director of a Keren Hayesod, the Israeli fundraising agency. T. R.’s mother, a Belarusian Jew, was Sterna Schneersohn, who was from the Lubavitcher-Schneerson dynasty, and whose own father was a rabbi. Sterna’s uncle, Rafi’s great-great-great-great-uncle, was Zionist thinker and essayist Ahad Ha’am. Rafi’s great-grandmother Mary was born in Benoni, South Africa, to Lithuanian Jewish parents, Nikolai Kirschner and Rosie Hillman.

Rafi’s maternal grandfather was Joseph Raymond Pichey (the son of Joseph Albert Pichey/Piché and Yvonne Couture). J. Raymond was born in Massachusetts, to French-Canadian parents. His family was Catholic. Rafi’s great-grandfather Joseph was the son of Joseph Piché and Delima Guyon/Young. Yvonne was the daughter of Octave Couture and Luce/Lucie Maltais.

Rafi’s maternal grandmother was born Alberta Ann Meyer. She was born in St. Louis, Missouri, likely to Austrian parents, Frank Meyer and Theresa. It is unclear if she is of Austrian and/or Austrian Jewish background.

Rafi is a descendant of Naphtali Hirsch Treves, a 15th century scholar and kabalist, and of the famous Judah Loew ben Bezalel (c. 1520-1609), a leading Rabbi, mystic, and scholar in Prague. It should be noted, however, that most or all Ashkenazi Jews likely descend from Naphtali and Judah.

Sources: Genealogy of Rafi Gavron (focusing on his father’s side) – http://www.geni.com