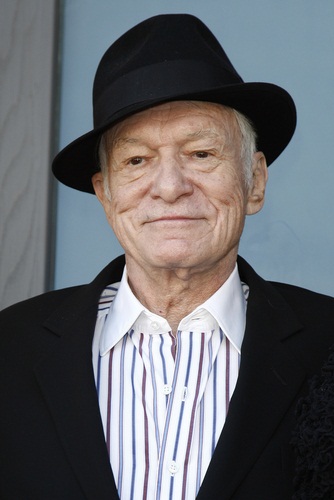 Hugh Hefner was an American magazine publisher, editor, socialite, and businessperson. He founded Playboy Enterprises in 1953, and was its editor-in-chief and public face.

Hugh was married to model and singer Crystal Hefner (born Harris), until his death. He had two children with his former wife Mildred “Millie” Williams; and two children, including teacher, activist, and Democratic politician Cooper Hefner, with his former wife, model and actress Kimberley Conrad. Cooper succeeded Hugh as the public face of Playboy, and is its chief creative officer and chief of global partnerships.

One genealogy of Hugh traces his patrilineal line to a Nicholas Hevener, who was born, c. 1707, in Hirshfeld, Saxony, Germany, and to his wife, Anna Elisabeth Seibert, born c. 1719, in Eitzweiler, Saarland Bezirk, Germany.

Hugh’s paternal grandfather was James Marston Hefner (the son of Marion Hefner and Sarah Jane Butler). James was born in Lexington, McLean, Illinois. Marion was the son of Nicolas Hefner and Barbara/Barbary Fleischer/Flesher. Sarah was the daughter of Nelson Butler and Ann/Anna Guyant.

Hugh’s paternal grandmother was Lois Nina Householder/Householter (the daughter of John Arthur Householder/Householter and Lurena Virginia “Rena” Woodward). Lois was born in Orleans, Harlan, Nebraska. John was born in Romney, Hampshire, West Virginia, the son of Robert Householder and Angeline. Lurena was the daughter of Masury Joy Woodward and Mary Wright, who were from Rutland, Rutland Co., Vermont, and were of Colonial American (English) descent.

Hugh’s maternal grandmother was Ida Elisabet/Elizabeth Karlsdotter/Charleston (the daughter of Karl Magnus Karlsson and Karolina Nyström). Ida was either born in Skorpetorp, Kalmar County, Sweden, or in Nebraska, to Swedish parents.

Genealogies of Hugh Hefner (focusing on his father’s side) – http://worldconnect.rootsweb.ancestry.com
http://famouskin.com