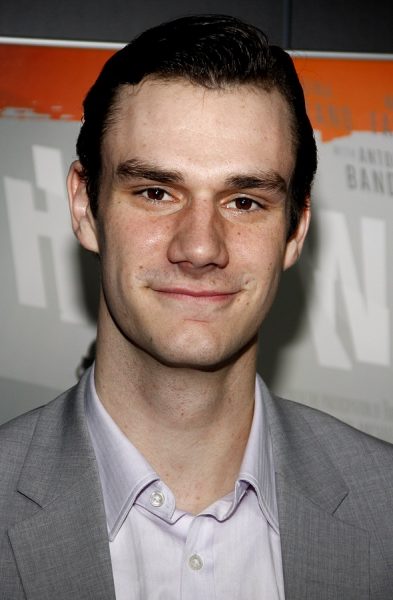 Hefner in 2012, photo by Starfrenzy/Bigstock.com

Cooper Hefner is an American businessperson, teacher, author, activist, and Democratic politician. He is a reservist in the U.S. Air Force. Cooper is the chief creative officer and chief of global partnerships at Playboy Enterprises. He succeeds his father Hugh Hefner as the magazine’s public face.

Cooper’s father Hugh founded Playboy Enterprises in 1953, and was its editor-in-chief. Cooper’s mother is model and actress Kimberley Conrad (born Conradt), who was Playboy’s Playmate of the Month in January 1988, and Playmate of the Year 1989. His mother is from Moulton, Alabama. Cooper is married to British model and actress Scarlett Byrne, with whom he has three children.

Cooper’s middle name Bradford is likely after William Bradford (1590-1657), a Colonial American, Puritan separatist, who was his ancestor through Hugh.

One genealogy of Cooper traces his patrilineal line to a Nicholas Hevener, who was born, c. 1707, in Hirshfeld, Saxony, Germany, and to his wife, Anna Elisabeth Seibert, born c. 1719, in Eitzweiler, Saarland Bezirk, Germany.

Cooper’s paternal grandfather was Glenn Lucius Hefner (the son of James Marston Hefner and Lois Nina Householder/Householter). Glenn was born in Atlanta, Phelps, Nebraska. James was the son of the son of Marion Hefner and Sarah Jane Butler. Lois was the daughter of John Arthur Householder/Householter, who was born in Romney, Hampshire, West Virginia, and of Lurena Virginia “Rena” Woodward, whose parents were from Rutland, Rutland Co., Vermont, and were of Colonial American (English) descent.

Cooper’s paternal grandmother was Grace Caroline Swanson (the daughter of Frank David Swanson and Ida Elisabet/Elizabeth Karlsdotter/Charleston). Grace was born in Holdrege, Phelps, Nebraska. Frank was born in Illinois, the son of Swedish parents, Anders Johan “Andrew John” Svensson/Swanson and Caroline C. Hill. Ida was either born in Skorpetorp, Kalmar County, Sweden, or in Nebraska, to Swedish parents. She was the daughter of Karl Magnus Karlsson and Karolina Nyström.

Cooper’s maternal grandfather was Robert Lee “Bob” Coonradt, Jr. (the son of
Robert Lee Coonradt and Rose Ann Miller). Cooper’s grandfather Robert was born in Fort Clark, Kinney County, Texas. Cooper’s great-grandfather Robert was the son of George Nathan Coonradt and Anna J. Pulford, whose father was English, from Lincolnshire. Rose was the daughter of Horace Miller and Maximiliana Baca, who was of Spanish/Mexican descent, with deep roots in New Mexico.

Sources: Genealogy of Cooper Hefner (focusing on his father’s side) – https://www.geni.com

Genealogies of Cooper’s father (focusing on his own father’s side) – http://worldconnect.rootsweb.ancestry.com
http://famouskin.com