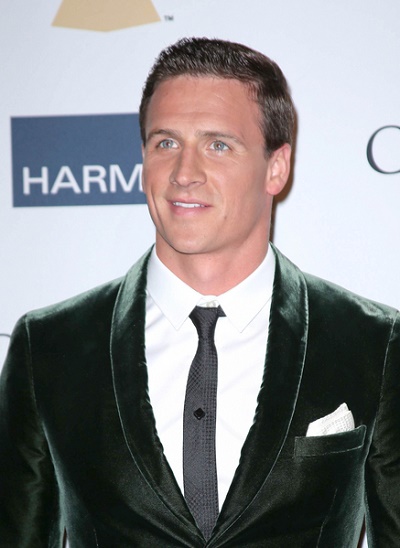 Ryan Lochte is an American Olympic competitive swimmer and reality television star. His mother, Ileana (Aramburu), is an immigrant from Cuba, and has Basque and Spanish-Cuban ancestry. His father, Steven Lochte, is of half German, one quarter English, and one quarter Dutch, descent.

Ryan is married to Playboy model Kayla Rae Reid, with whom he has two children.

Sources: Genealogies of Ryan Lochte (focusing on his father’s side) – http://freepages.genealogy.rootsweb.ancestry.com
http://www.geni.com