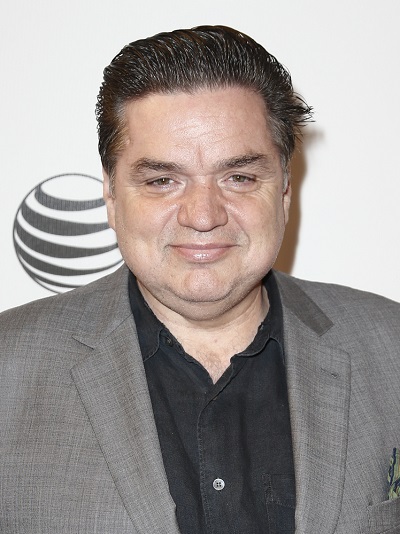 Oliver James Platt is an American actor. Among his many roles are Executive Decision, Dr. Dolittle, Don’t Say a Word, Pieces of April, and Professor Marston and the Wonder Women.

Oliver’s patrilineal line can be traced to Simon Platt, who was born, c. the 1530s, in Ware, Hertfordshire, England.

Oliver’s paternal grandfather was Geoffrey Platt (the son of Charles Adams Platt and Eleanor Hardy). Geoffrey was born in New Hampshire. Charles was an artist, landscape gardener, landscape designer, and architect, and was the son of John Henry Platt and Mary Elizabeth Cheney. Eleanor was the daughter of Alpheus Holmes Hardy and Mary Caroline Sumner.

Oliver’s paternal grandmother was Helen Choate (the daughter of Joseph Hodges Choate, Jr. and Cora Lyman Oliver). Helen was born in New York. Joseph was the son of Joseph Hodges Choate, a diplomat and lawyer, who was U.S. Ambassador to the U.K., from March 6, 1899 to May 23, 1905; and of Caroline Dutcher (Sterling) Choate, an artist, educational reformer, suffragist, philanthropist, and socialite. Joseph’s brothers, Oliver’s great-great-great-uncles, were William Gardner Choate, a prominent lawyer and federal judge, who created private school, Choate Rosemary Hall; and George Cheyne Shattuck Choate, a physician, who founded Choate House, a psychiatric sanatorium. Oliver’s great-grandmother Cora was the daughter of General Robert Shaw Oliver and Marion Lucy Rathbone.

Oliver’s maternal grandmother was Eileen Burden (the daughter of Arthur Scott Burden and Cynthia Burke Roche). Eileen was born in New York. Arthur was an equestrian, from the Burden family of industrialists, and was the son of James Abercrombie Burden and Mary Proudfit Irvin. Oliver’s great-grandmother Cynthia was a prominent socialite, and resided at the famous Elm Court mansion in Newport, Rhode Island, in the 1950s. Cynthia was born in St. George Hanover Square, London, England, the daughter of British MP James Roche (James Boothby Burke Roche), whose father was born in Cork, Ireland; and of American heiress Frances Ellen/Eleanor Work, from New York. Oliver’s great-great-grandmother Frances was heir to a dry good and finance fortune, created in New York City, and a pork-packing fortune, created in Chillicothe, Ohio.