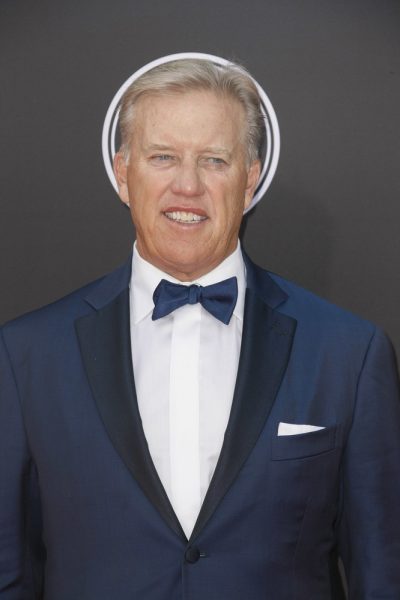 John Elway is an American professional football player and manager. He was a quarterback, who played his entire career in the National Football League (NFL) with the Denver Broncos. John is regarded as one of the best quarterbacks of all time. He is the general manager and president of football operations for the Denver Broncos of the National Football League (NFL). He was voted Super Bowl MVP for Super Bowl XXXIII (1999).

John’s paternal grandfather was Harry Stuart Elway, Sr. (the son of Lemuel Elway and Mary Sue/Susan Snyder). Harry was born in Pennsylvania. Lemuel was the son of The Rev. James Elway and Sarah Prosser. Mary Sue was the daughter of George M. Snyder and Sarah Moran.

John’s paternal grandmother was Alice Electia Smith (the daughter of Henry S. Smith and Agatha Van Tassel). Alice was born in Massachusetts. Agatha was the daughter of parents from Nova Scotia, Canada, Isaiah Van Tassel, who was from South Range, Digby County, and Deliah Weaver.