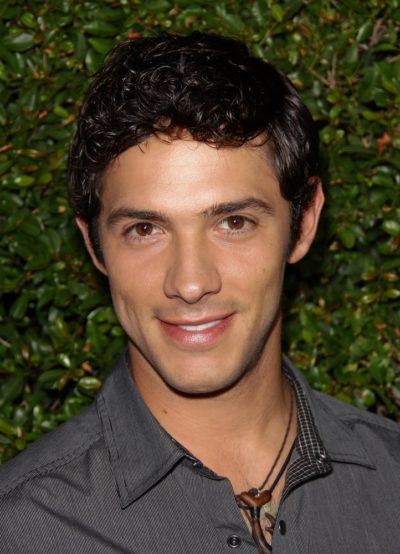 Michael Rady is an American actor. He played Greek character Kostas in the Sisterhood of the Traveling Pants films.

Michael is the son of Annette and John Rady. His mother is of Italian/Sicilian ancestry.

Michael is married to actress Rachael Kemery, with whom he has three children.

Michael’s paternal grandfather was Frederick A. Rady (the son of Benjamin G. Rady, Sr. and Barbara Greishammer/Grishammer). Frederick was born in Pennsylvania. Benjamin was born in Kassau, Austria-Hungary. Barbara was from Germany, and was the daughter of Amelia.

Michael’s maternal grandfather was Eugene Micheal Gattone (the son of Michael Gattone and Anna/Anne Panaccione). Eugene was born in Pennsylvania, to Italian parents.

Michael’s maternal grandmother was Angelina Magazzu (the daughter of Antonio Magazzu and Santa Munafo). Angelina was born in Pennsylvania, to parents from Santo Stefano Medio, Messina, Sicily. Antonio was the son of Tommaso Magazzu and Angela Culici. Santa was the daughter of Giuseppe Munafo and Pietralina Nicosia.