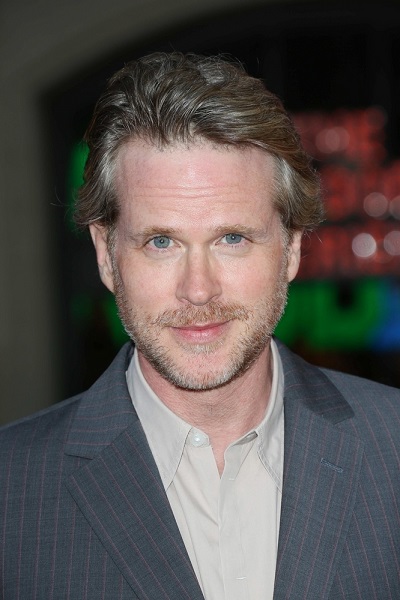 Cary Elwes is a British actor, screenwriter, producer, and author. His roles include The Princess Bride, Liar Liar, and Saw, among many other films. He is the son of Dominick Elwes (Bede Evelyn Dominick Elwes), a portrait painter, and Tessa Kennedy (Tessa Georgina Kennedy), a socialite and interior designer. His brothers are producer Cassian Elwes and artist Damian Elwes. Cary is married to photographer Lisa Marie Kurbikoff, with whom he has a daughter.

Cary’s paternal grandmother was Gloria Ellinor Rodd (the daughter of James Rennell Rodd, 1st Baron Rennell, a diplomat, and of Lilias Georgina Guthrie). Gloria was born in Marylebone, London, England. James was the son of James Rennell Rodd and Elizabeth Anne Thomson. Lilias was the daughter of James Alexander Guthrie, 4th of Craigie, who was born in Dundee, Scotland, and of Ellinor Stirling.

Cary’s maternal grandfather was Geoffrey Alexander Farrer Kennedy (the son of John Macfarlane Kennedy and Dorothy Farrer). Geoffrey was born in Croydon, Surrey, England. John was the son of Sir Alexander Blackie William Kennedy, a prominent civil and electrical engineer and academic, and of Elizabeth Verralls Smith. Dorothy was the daughter of Thomas Charles Farrer and Ann Richards McLane, who was American, from New York.

Genealogy of Cary Elwes (focusing on his father’s side) – http://www.wikitree.com