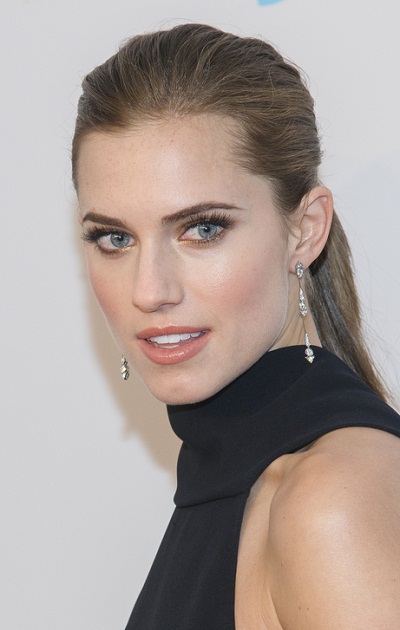 Williams in 2013, photo by PrPhotos

Allison Williams is an American actress, comedian, and singer. She is known for starring on the series Girls and in the film Get Out. She is the daughter of TV producer Jane Gillan (Stoddard) and newscaster Brian Williams (Brian Douglas Williams).

Her father has Irish, as well as Swedish and German, ancestry. Her mother has English, Scottish, some German, and distant French, ancestry.

One of Allison’s maternal great-great-great-grandfathers was Owen Lovejoy, a Congregationalist minister, lawyer, Republican congressman from Illinois (1857-1864), and abolitionist.

Alliosn’s paternal grandmother was Dorothy May Pampel (the daughter of Walter John Pampel and Mary Costello). Dorothy was born in Illinois. Walter was the son of Josephus P. Pampel, who had German ancestry, and of Anna C. McManus, who had Irish ancestry. Mary was born in Chicago, to Irish parents, James P. Costello and Julia A. O’Rourke.

Genealogy of Allison’s mother (focusing on her own mother’s side) – http://worldconnect.rootsweb.ancestry.com

Mention of some of the ancestry of Allison’s maternal grandmother, Patricia (Lovejoy) Stoddard – http://www.bcrnews.com