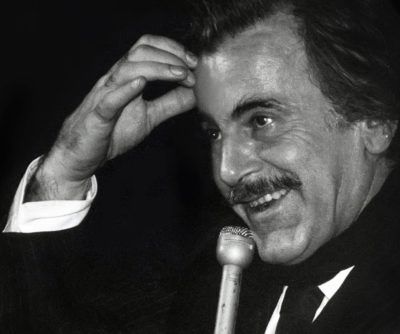 Maximilian Schell was an Austrian and Swiss actor, writer, director, and producer. He won the Academy Award for Best Actor for Judgment at Nuremberg (1961). His roles also included The Man in the Glass Booth, Julia, Deep Impact, Topkapi, Krakatoa, East of Java, Simón Bolívar, A Bridge Too Far, Cross of Iron, The Chosen, Peter the Great, Little Odessa, Telling Lies in America, and Festival in Cannes.

Maximilian was the son of Margarethe (Noe von Nordberg), an actress, who also ran an acting school, and Hermann Ferdinand Schell, a poet, novelist, playwright, and pharmacy owner. His sister was actress Maria Schell. His father was Swiss and his mother was Austrian. Maximilian grew up in a Roman Catholic household. At age eight, after the Anschluss, he moved with his family to Zurich, Switzerland.

Maximilian was married to German-Croatian soprano opera and concert singer Iva Mihanovic, until his death. He had a daughter with his former wife, Russian actress Natalya Andreychenko.

Maximilian’s paternal grandmother was Anna Holdener (the daughter of Fridolin Holdener and Elisabeth Beeler). Fridolin was the son of Josef Holdener and Barbara Reichmuth.

Source: Genealogy of Maximilian Schell (focusing on his mother’s side) – https://www.geni.com