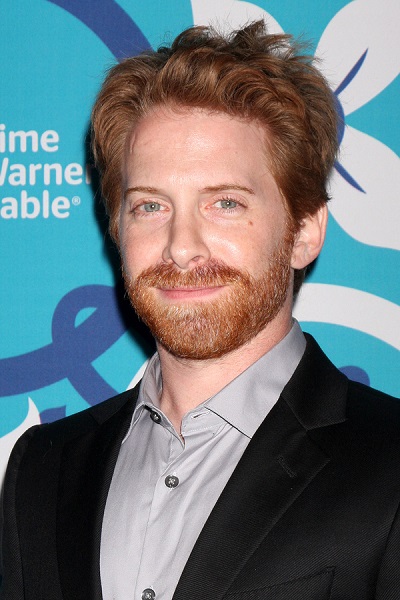 Green in 2013, photo via s_bukley/Bigstock.com

Seth Green is an American actor, comedian, writer, director, and producer. He has played Scott Evil in the Austin Powers films and Richie in Stephen King’s It (1990), among many other roles.

Seth is the son of Barbara and Herbert Green. Born Seth Benjamin Gesshel-Green, he shortened his legal name to Seth Benjamin Green. He is of Russian Jewish, German Jewish, Ukrainian Jewish, and Latvian Jewish descent. He was attending a Reform Jewish congregation, and had a Bar Mitzvah ceremony.

Seth’s paternal grandfather was Allen/Allan Green (born Abraham Greenblatt, the son of David Greenblatt and Mollie/Molly Rosenfeld/Rosenfield). Allen was born in New York, the son of Russian Jewish parents. David was born in Odessa, the son of Haaron Shlome and Freide Zedlovitz. Mollie was the daughter of Abraham/Abram Rosenfeld and Lena or Devora.

Seth’s maternal grandfather was Benjamin Morton Gesshel (the son of Meyer/Meir Gesshel and Kaela/Kate Bor). Benjamin was born in Pennsylvania, to Jewish emigrants from the Russian Empire. Meir was from Kraslava, Latvia. Kaela was from Dagda, Kraslava, Latvia, the daughter of Eli Isaac Bore and Dora.

Seth’s maternal grandmother was Pearl Schwartz (the daughter of Hershel/Harry Schwartz and Rivka/Reba/Ruth/Becky Cooperman). Pearl was born in Pennsylvania, to Russian Jewish immigrants. Harry was from Kiev.

Sources: Interview with the Jewish Exponent of Philadelphia – http://jewishexponent.com