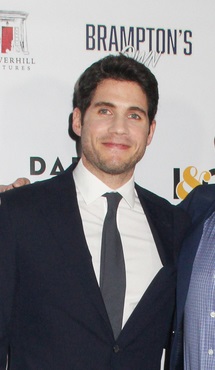 Doneger in 2018, photo by Prphotos.com

Michael Doneger is an American writer and actor.

Michael’s maternal grandfather is George Familant/Familiant (the son of William Familant and Bessie Mellen). George was born in Massachusetts, to parents from Russia. William was the son of Samuel Familant and Esther Winegrad. Bessie was the daughter of Louis Mellen and Frieda Kaplan.

Michael’s maternal grandmother is Phyllis E. Pullman (the daughter of Jacob “Jack” Pullman and Sally). Phyllis was born in Massachusetts. Jacob was born in either Lithuania or Latvia. Sally was from Russia.