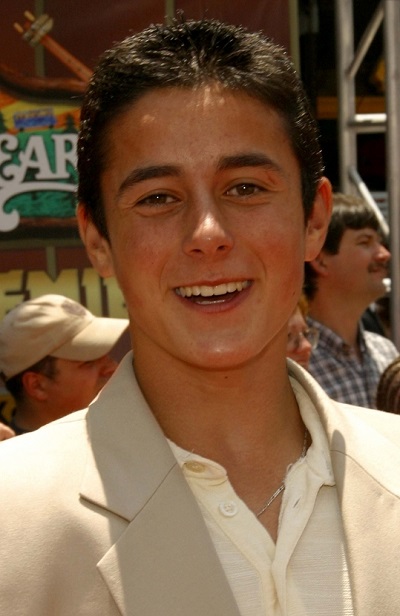 Marienthal in 2002, photo by Prphotos.com

Eli Marienthal is an American actor. He is known for voicing Hogarth Hughes in The Iron Giant, and for his roles in the films Slums of Beverly Hills, American Pie 1 and 2, Confessions of a Teenage Drama Queen, and The Country Bears.

His parents, Joseph Cross, a journalist, and Penny Marienthal, are both Jewish. His siblings are actors Harley Cross and Flora Cross. He was raised in Berkeley.

Eli’s paternal grandmother was named Flora. She was from Drohobych, Ukraine.

Eli’s maternal grandfather was Helmut “Harold”/”Hal” Seymour Marienthal (born Helmut Schoemann, the son of Oskar/Oscar Schoemann/Schumann/Schömann and Antoinette “Tonie”/Toni Kahn). Eli’s grandfather Harold was born in Frankfurt, Germany, to a Jewish family. He was sent to the U.S., to Chicago, to escape the Nazi regime. There, he was raised by another Jewish couple, Richard Jacob Marienthal, who was born in Hoxter, Germany, and Rae Goldberg, from Milwaukee, Wisconsin. Eli’s great-grandfather Oskar was born in Zeltingen-Rachtig, Rhineland-Palatinate, the son of Jakob Schoemann and Henriette Mayer. He was killed in the Holocaust, in Auschwitz, in 1942. Eli’s great-grandmother Tonie was born in Frankfurt.

Sources: Genealogy of Eli’s mother (focusing on her father’s side) – http://ahnenreich.de

Genealogy of Eli’s maternal grandfather, Helmut “Harold”/”Hal” Seymour Marienthal (focusing on his own father’s side) – https://www.geni.com