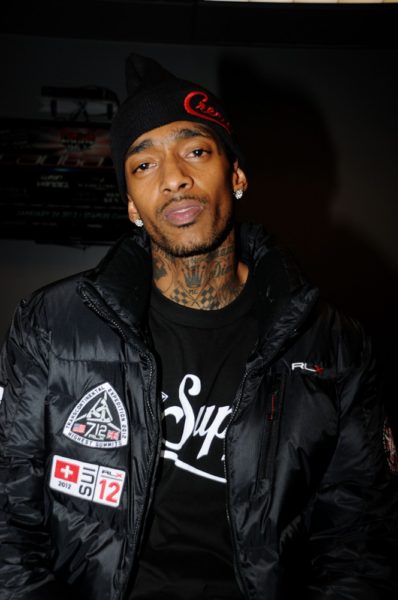 His father, Dawit Asghedom, is of Eritrean descent. His mother, Angelique Kathleen (Boutte), is a black American, of African-American and Louisiana Creole background. He visited Eritrea with his family.

He had two children, including a son with his partner, actress and model Lauren London.

I was raised in L.A. by my mom, you know my mom’s family is black American. I always knew my heritage from my dad [Eritrean] but I never met my family. My dad was the only one in America – everybody else was back home. So when I went out there it educated me to the other side.

Source: Genealogy of Nipsey Hussle (focusing on his mother’s side) – https://1.bp.blogspot.com