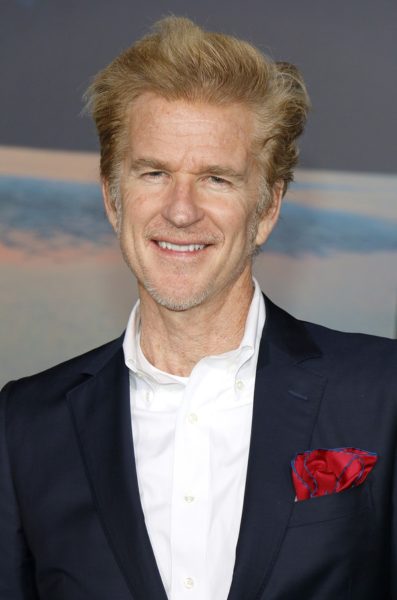 Modine in 2017, photo by Starfrenzy/bigstock.com

Matthew Modine is an American actor and filmmaker.

Matthew is the son of Dolores Lillian (Warner) and Mark Alexander Modine, who managed drive-in theatres. His paternal great-grandfather was a Swedish immigrant. His other ancestry includes English, and some Scottish, German, and Dutch, as well as likely 1/16th Danish. Matthew is married to Caridad Rivera, with whom he has two children, including actress Ruby Modine. His aunt was actress Nola Fairbanks.

Matthew’s paternal grandmother was Zella Vonola Fairbanks (the daughter of Ralph Jacobus Fairbanks and Celestia Adelaide Johnson). Zella was born in Utah. Ralph and Celestia were LDS (Mormon) pioneers. Ralph was a noted prospector, who established several towns in the Death Valley area of California. He was the son of William David Fairbanks and Susanna/Susan Mandeville. Celestia was the daughter of Philo Johnson and Experience Almeda Brown.

Matthew’s maternal grandfather was Lloyd Webster Warner (the son of William A. Warner and Bertha May Smith). Lloyd was born in Washington. William was the son of James Ward Warner and Ann/Anna/Annie Ross. Bertha was the daughter of Albert Bryant Smith and Betsey/Betsy Morris.

Matthew’s maternal grandmother was Lillian Augusta Bogart (the daughter of William Arthur Bogart and Ethel Fara Newell). Lillian was born in California. William’s father likely was Danish. Ethel was the daughter of Stephen/Steve D. Newell and Lillie A. Kent.

Genealogy of Matthew Modine (focusing on his father’s side) – http://worldconnect.rootsweb.ancestry.com