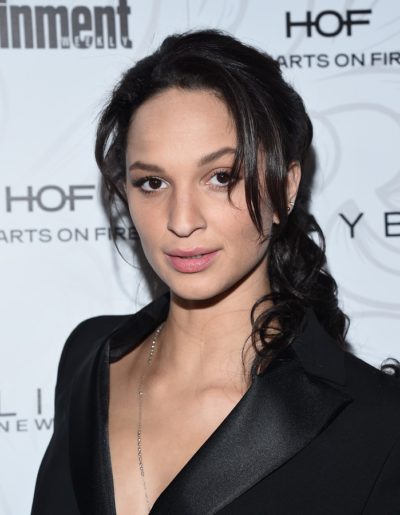 Modine in 2017, photo by DFree/www.bigstockphoto.com

Ruby Modine is an American actress, dancer, and singer. Her roles include the series Shameless and the film Happy Death Day, and its sequel.

Ruby is the daughter of Caridad and actor Matthew Modine. Her paternal great-aunt was actress Nola Fairbanks.

Ruby’s father is of English, one eighth Swedish, some Scottish, German, and Dutch, and likely 1/16th Danish, descent. Ruby’s mother is Puerto Rican. A picture of Ruby’s parents can be seen here.

I am very proud [of my descent]… Many people don’t believe that I am of black, Puerto Rican and Caucasian descent. That is why you cannot assume that you know what people are about based on what they look like. We are all a unique mix of races… My mom was born and raised on the Lower East Side in Manhattan, aka Alphabet City… My grandmother, Aida, was born in Puerto Rico, then moved to New York City with my grandfather, Manuel. They raised my mom and my six aunts there.

Ruby’s paternal grandfather was Mark Alexander Modine (the son of Alexander Revard Modine and Zella Vonola Fairbanks). Mark was born in California. Ruby’s great-grandfather Alexander was the son of Andrew Daniel Andreassan Modine, who was Swedish, born in South Hokaslatt, Slatthag, Kokaboda, and of Margaret Josephine Campbell. Zella was the daughter of Ralph Jacobus Fairbanks and Celestia Adelaide Johnson, who were LDS (Mormon) pioneers. Ruby’s great-great-grandfather Ralph Fairbanks was a noted prospector, who established several towns in the Death Valley area of California.

Genealogy of Ruby Modine (focusing on her father’s side) – http://www.geni.com

Genealogy of Ruby’s father (focusing on his father’s side) – http://worldconnect.rootsweb.ancestry.com