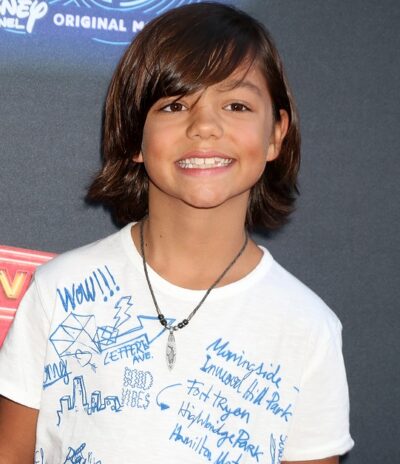 LOS ANGELES – JUN 23: Malachi Barton at the 100th DCOM Adventures In Babysitting LA Premiere Screening at the Directors Guild of America on June 23, 2016 in Los Angeles, CA, photo by kathclick/Bigstock.com

Malachi Barton is an American actor. He is known for starring in the Under Wraps films, and on the show Stuck in the Middle.

His mother is singer and songwriter Felicia Barton, who was a contestant on the eighth season of American Idol. His father is Loren Barton. A picture of Malachi with his parents can be seen here.

Malachi’s maternal grandmother is Diana Davis (the daughter of Paul Eugene Davis and Joyce Eleanor Knapp). Paul was the son of Grant Davis and Ida Stoneburner. Joyce was the daughter of Harlow Dillon and Martha Knapp.