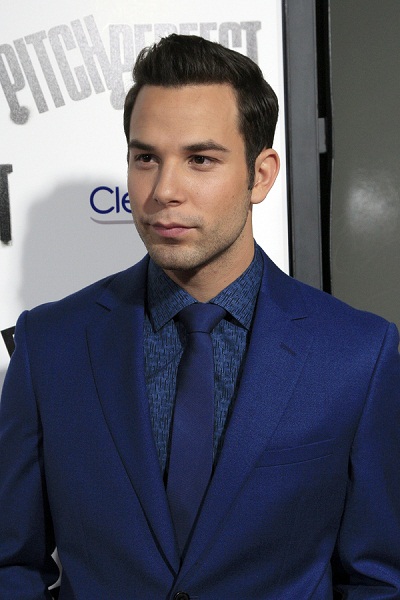 Astin in 2012, image via kathclick/Bigstock.com

Skylar Astin is an American actor, model, and singer. His roles include the films Pitch Perfect, 21 & Over, Hamlet 2, Taking Woodstock, Speech & Debate, and Ghosts of War, and the shows Crazy Ex-Girlfriend and Zoey’s Extraordinary Playlist.

Skylar’s paternal grandfather was Max M. Lipstein (the son of Morris Lipstein and Ida Ikoretzky/Skoretsky). Max was born in New York, to parents from Russia. Ida was the daughter of Jacob Skoretzky/Shorell and Fagel Rifke “Fanny” Feldman.

Skylar’s paternal grandmother was named Helen Gewant (the daughter of Hyman Gewant and Bessie). Hyman was born in Russia.