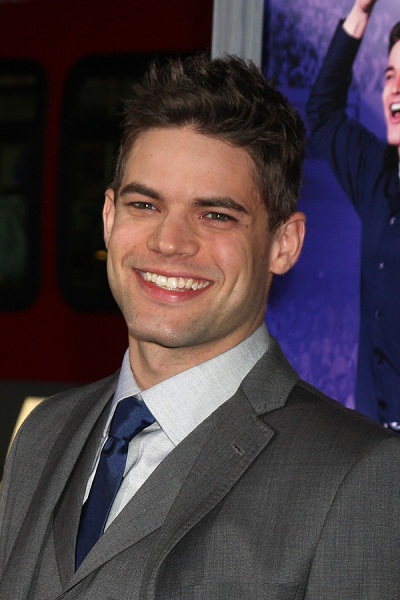 Jordan in 2012, photo by kathclick/Bigstock.com

Jeremy Jordan is an American actor and singer.

Jeremy is married to actress Ashley Spencer, with whom he has a daughter.

Jeremy’s paternal grandfather is Johnny/John Lonny Jordan (the son of Grady Corban Jordan and Orbie Louisa Lewis). Johnny was born in Mississippi. Grady was the son of William Aaron Jordan and Celia Jane White. Orbie was the daughter of Thomas David Lewis and Ethel Smith.

Jeremy’s paternal grandmother is Helen E. Gill (the daughter of Otto Bamber Gill and Retty/Rutie Mae McCloud). Helen was born in Mississippi. Otto was the son of The Rev. William Alexander Gill and Helen Virginia Cottrill. Retty was the daughter of Byous/Bias/Byron Elias McLoud/McLeod and Melissa Etheridge.

Sources: Genealogy of Jeremy’s paternal great-grandfather, Otto Bamber Gill (focusing on his own father’s side) – http://www.findagrave.com

Genealogy of Jeremy’s mother (focusing on her mother’s side) – http://records.ancestry.com