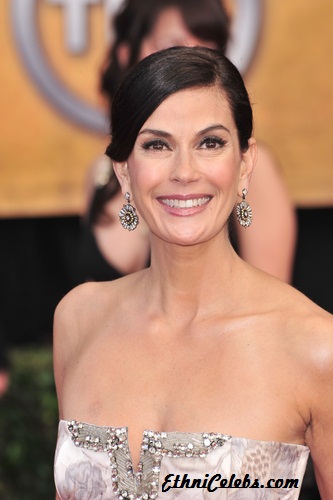 Teri Hatcher is an American actress, writer, presenter, singer, and NFL cheerleader. She has starred on the series Lois & Clark: The New Adventures of Superman and Desperate Housewives, and in the film Tomorrow Never Dies.

Teri is sometimes said to have some degree of Choctaw Native American ancestry. It is not clear if this Choctaw ancestry has been documented/verified.

Teri has a daughter with her former husband, actor Jon Tenney.

Teri’s maternal grandfather was Isbir Khalil Beshur/Bashur (the son of Khalil Beshur/Bashur and Rahma/Rahme Milhim/Milhem). Isbir was a dentist, who was born in Safita, Syria. At least some of the Beshur family may have had roots in Tripoli, Lebanon. They were likely related to Zerefeh Bashur, the first female licensed physician in the Levant, and prominent cardiologist Fouad Bashour.

Genealogy of Teri Hatcher (focusing on her father’s side) – http://gw.geneanet.org

Genealogy of Teri’s father (focusing on his father’s side) – http://www.findagrave.com

Genealogy of Teri’s father (focusing on his mother’s side) – https://www.wikitree.com