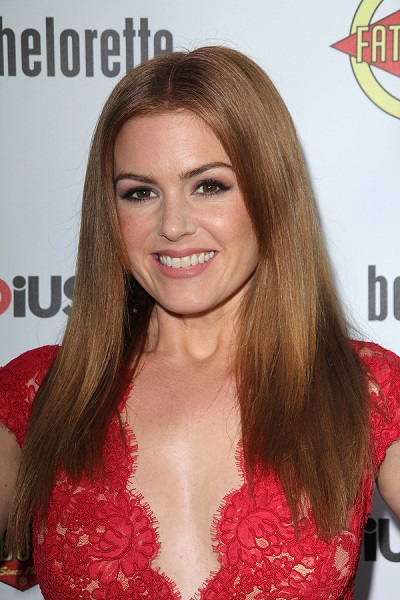 Fisher in 2012, photo by s_bukley/Bigstock.com

Isla Fisher is an Australian actress and author.

She was born in Muscat, Oman, to Scottish parents, Elspeth Reid and Brian Fisher, and was raised in Bathgate, Scotland, and later in Perth, Western Australia, where she spent most of her early life. Her father lives in Frankfurt, Germany and Nicaragua, and her mother in Athens, Greece.

Isla is married to British comedian Sacha Baron Cohen, with whom she has three children. Isla converted to Judaism before her marriage, after several years of study.