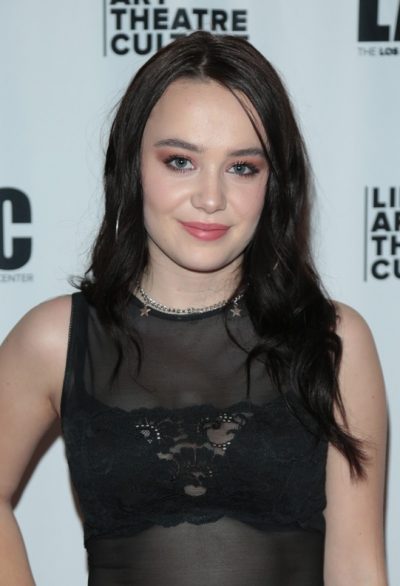 Lucy Loken is an American actress.

Lucy’s paternal grandfather was Ronald Lewis Loken (the son of Lewis Elmer Loken and Bertha Louella Dahle). Lucy’s great-grandfather Lewis was the son of Erik Knusten Loken, who was born in Buskerud, Norway, and of Gurina Sorum Berge, whose father was from Hordaland, and whose mother was from Sogndal, Sogn, both in Norway. Bertha was the daughter of Knute Dahle and Julia Aarhus, whose parents were all Norwegian.

Lucy’s maternal grandmother was Angela J. Sardo (the daughter of Antonio Sardo and Madeline A. Marano). Antonio was born in Salerno, Campania, Italy. Madeline was born in Massachusetts, to Italian parents, Carmine Marano, who was born in Avellino, Campania, and Angiolina “Angela” Ficuciello.