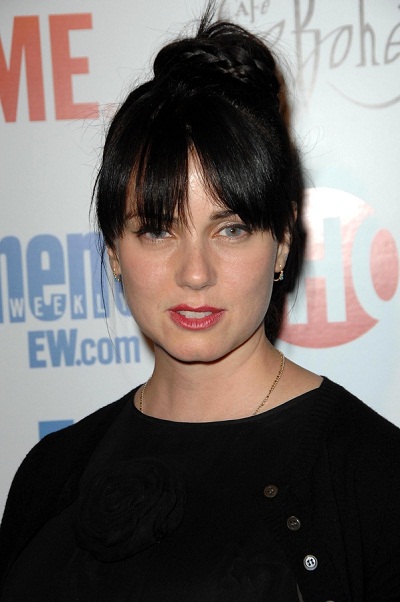 Kirshner in 2009, photo by s_bukley/Bigstock.com

Mia Kirshner is a Canadian actress, writer, and activist. She is known for her roles in the films Exotica and Not Another Teen Movie, and the series The L Word and Star Trek: Discovery, among many other productions.

Mia’s father, Sheldon Kirshner, is a journalist for the Canadian Jewish News. Sheldon was born in a displaced persons camp in Bad Reichenhall, Germany, the son of Polish Jews who survived the Holocaust. Mia’s mother, Etti, is a Bulgarian Jew. Bulgarian Jews are considered Sephardi. Her parents met in Israel.

Mia’s paternal grandfather was named David Kirzner/Kirshner. David was born in Łódź, Łódź Voivodeship, Poland. He fought with the Polish Army when Germany invaded the country in 1939. He spent most of the war in the Łódź Ghetto.

Mia’s paternal grandmother was named Genya/Jean. She lost her first son in Auschwitz.

Sources: Genealogy of Mia Kirshner (focusing on her father’s side) – https://www.geni.com