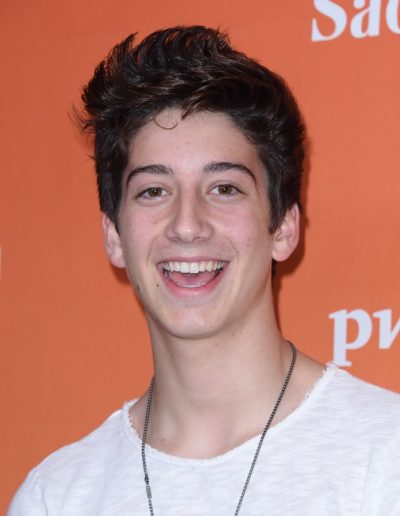 Manheim in 2017, photo by DFree/Bigstock.com

Milo Manheim is an American actor. He is known for his roles in the Zombies films.

He was raised by his mother, actress Camryn Manheim. His biological father is model Jeffrey Brezovar.

Milo was raised in his mother’s Jewish faith, and had a Bar Mitzvah ceremony.

Milo’s maternal grandmother is Sylvia Nuchow (the daughter of Samuel “Sam” Nuchow and Esther/Estelle Liebman). Sylvia was born in New York, to Polish Jewish parents. Sam was an early organizer of the Millinery Workers Union.

Genealogies of Milo’s mother (focusing on her father’s side) – https://www.geni.com
https://www.ancestry.com