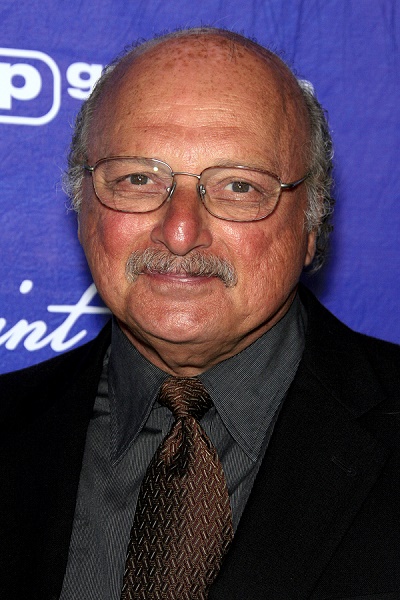 Franz in 2012, photo by kathclick/Bigstock.com

Dennis Franz is an American actor. He has starred on the television series NYPD Blue, as well as films such as Dressed to Kill and Body Double.

His father, Franz Ferdinand Schlachta, was born in Wattenshield, Germany, and had Polish and German ancestry.

His mother, Elinor/Elenore/Elenora (Mueller), was born in Chicago, Illinois, to an Ashkenazi Jewish family. It appears that Dennis’s mother or some of her family, converted to Christianity at some point, perhaps after 1943; that year, Dennis’s maternal grandmother died, and was buried from a Jewish funeral home.

Dennis is married to Joanie Zeck.

Dennis’s paternal grandmother was Regina Katharina Dolinga (the daughter of Adam Dolinga and Luise/Louise Brodovski/Brodowski). Regina was born in Kreis Lyck. Luise was the daughter of Jacob Brodowski and Charlotte Louise Manke.

Dennis’s maternal grandmother was named Martha Hecht (the daughter of Szmuel/Samuel/Sam Lajb Hecht and Igmar). Martha was born in Prague, Bohemia. Szmuel was the son of Dawid Hecht and Estera Hana Frydman.