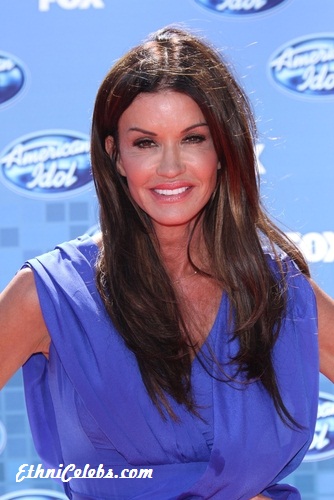 Dickinson in 2011, photo by s_bukley / Shutterstock.com

Janice Dickinson is an American model, television personality, businessperson, and author. She has described herself as the first supermodel in the fashion industry. Her reality show roles include America’s Next Top Model and The Janice Dickinson Modeling Agency.

Her father, Samuel Ray Dickinson, was of English and Scots-Irish/Northern Irish descent. Her mother, Jennie/Jenny, was of Polish ancestry.

Her sister is actress and public relations executive Debbie Dickinson. Janice is married to psychiatrist Robert Gerner. She has a son with her former husband Simon Fields; and a daughter with her former partner Michael Birnbaum.