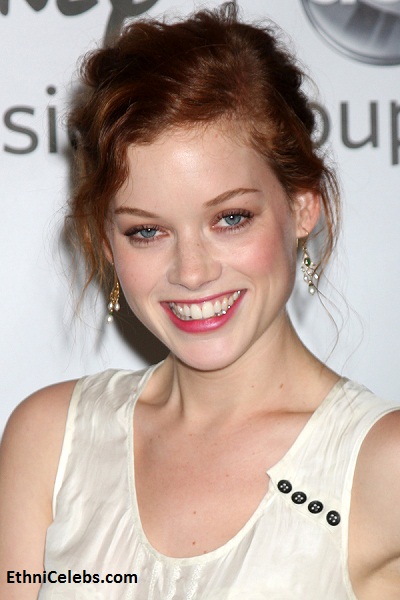 Levy in 2011, image via kathclick/Bigstock.com

Jane Levy is an American actress. Her roles include Fun Size, Don’t Breathe, Evil Dead (2013), and Monster Trucks, and the shows Suburgatory and Zoey’s Extraordinary Playlist.

Jane was raised in San Anselmo, in northern California.

Jane’s paternal grandfather was Harry Levy (the son of Max Levy and Minnie Gelman). Harry was a pioneer of the public housing movement. He was the son of Russian Jewish immigrants. Max was the son of Lithuanian Jewish parents, Morris Levy, who was born in Kalwaria, Marijampoles, and Sarah Kirsknansky.

Jane’s paternal grandmother was Hilda Jonas (the daughter of Max Jonas and Ella Klein). Hilda was born in New York, to Austrian Jewish parents. Max was the son of Abram Jonas and Marion C. Waltzman. Ella was the daughter of Moses Klein and Bertha Benner.

Jane’s maternal grandmother is Sally Louise Colburn (the daughter of Daniel Nelson Colburn and Ruby M. Henderson). Sally was born in Minnesota. Daniel was of English ancestry, the son of Norman Irving Colburn and Mary Augusta Pew. Ruby was the daughter of William Henderson, whose parents were born in Scotland and Ireland, respectively, and of Olive May Hildreth, whose parents were from Indiana.