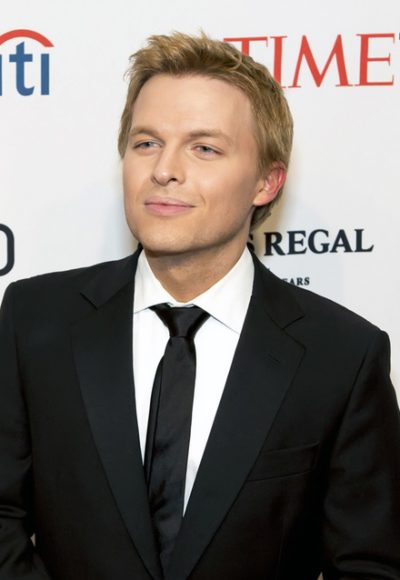 Ronan Farrow is an American activist, journalist, lawyer, and U.S. government advisor. He was the host of the show Ronan Farrow Daily from 2014 to 2015.

Ronan is the son of director, writer, and actor Woody Allen and actress Mia Farrow. His father is Ashkenazi Jewish, from a family from Russia, Lithuania, and Austria. His mother has English, Irish, and Scottish ancestry. Among his uncles/aunts were/are sculptor Patrick Villiers Farrow and actresses Stephanie Farrow and Tisa Farrow.

Ronan’s maternal grandfather was John Farrow (John Villiers Farrow, the son of Joseph Farrow and Lucy Savage). John was an Australian director, who was born in Merrickville, New South Wales. Joseph was the son of English parents, James Farrow and Jane Maria Canham, with James being from County Norfolk and Jane being from West Lynn, Norfolk. Lucy was the daughter of George Savage, who was born in Melbourne, Victoria, Australia, to English parents, from Buckinghamshire, and of Emily Piggott, who was English, from Manchester, Lancashire.

Ronan’s maternal grandmother was Maureen O’Sullivan (the daughter of Charles Joseph O’Sullivan and Evangeline Lovatt “Mary Eva” Frazer). Maureen was an Irish actress, who was born in Boyle, County Roscommon, Ireland, and had Irish, Scottish, and English ancestry. Charles was born in Cork, County Cork, Ireland, the son of Daniel Vincent O’Sullivan and Mary Teresa “Minnie” Scannell. Evangeline was born in Tientsin, China, the daughter of John Lovat Frazer, who was from County Sligo, Ireland, and had Scottish ancestry, and of Mary Eva Kennett, who was from St. Marylebone, London, England.

In 2013, Ronan’s mother stated, perhaps not in total seriousness, that Ronan’s biological father could be singer Frank Sinatra, who was married to Mia many years before Ronan’s birth. For a number of reasons (see for example this and this), the idea appears to be unlikely.

A DNA test of Ronan’s mother Mia whose results were displayed on the show Finding Your Roots with Henry Louis Gates, Jr. (2019) stated that Mia’s genetic ancestry is:

Genealogy of Ronan Farrow (focusing on his mother’s side) – http://worldconnect.rootsweb.ancestry.com