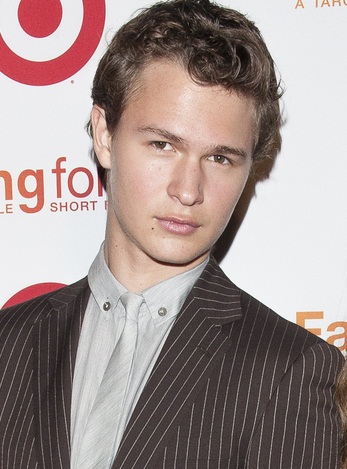 Ansel Elgort is an American actor, singer, DJ, and music producer. His DJ name is Ansølo. He is known for starring in the films The Fault in Our Stars, Baby Driver, The Goldfinch, Carrie (2013), and West Side Story (2021), and on the show Tokyo Vice. He is the son of Grethe Barrett Holby, an opera director, and Arthur Elgort, a fashion photographer. His sister, Sophie Elgort, is also a photographer. His cousin is stand-up comedian and actor Sam Morril, who is his father’s brother’s son.

Ansel’s father is of Eastern European Ashkenazi Jewish heritage. Ansel’s mother has English, Scots-Irish/Northern Irish, and German ancestry on one side, and Norwegian on the other.

On his surname, which is Russian Jewish, Ansel has said:

Ansel has released a song, To Life (2015), with a Bar Mitzvah theme, mixing electronic and klezmer music.

Ansel was named after photographer and environmentalist Ansel Adams.

Ansel’s paternal grandmother was Sophie/Sophia Didimamoff (the daughter of Rafael Didimamoff and Katharine/Katherine/Katarzyna/Catherine/Katherina Kurtz). Sophie was born in New York, to a father from Akhaltsikhe, Russian Empire, now Georgia; and a mother from Lemberg, Austria, now in Lviv, Ukraine. Ansel’s grandmother’s exact heritage is not clear. She had a Catholic funeral (she re-married to a Catholic). It is not clear if she was of Jewish heritage, but it is possible, given her emigrant roots in Lviv and the surname Kurtz. Ansel’s cousin Sam Morril referred to his own father simply as Jewish (Ansel’s biological uncle).

Ansel’s father had a Bar Mitzvah ceremony. He attended a Jewish summer camp, Camp Windsor, c. the late 1940s. A picture can be seen here.

Ansel’s maternal grandfather was Warren Barrett Holby (the son of John Duncan Holby and Alice Quimby). Warren was born in Connecticut, and was a founding partner of Merritt & Holby, a housing development firm. John was the son of Frank Regnault Savoy Holby and Margaret Jane Duncan Avil, who was born in Iowa, to a father from England and a mother who lived in Tyrone, Northern Ireland. Ansel’s great-grandmother Alice was the daughter of Charles Linneaus Quimby and Kittie Moore.

Ansel’s maternal grandmother was Aase-Grethe Hall (the daughter of Wegard Hall and Margrethe Olsdatter Mauset). Aase-Grethe was Norwegian, born in Oslo; during World War II, she worked for the Resistance and the Norwegian government-in-exile, and helped save Jews from the Holocaust, including many children. Aase-Grethe was imprisoned in the Falstad concentration camp by the Nazis for these activities. She married Ansel’s American grandfather after World War II and moved to New York. In New York, she was a member of the American-Scandinavian Society Social Committee, and of the Norwegian Seamen’s Church. Ansel’s great-grandfather Wegard was born in Næs, Jodalen, Valdres, Oppland. Ansel’s great-grandmother Margrethe was born in Mausetgården, Surnadalsøra, Surnadal, Møre og Romsdal, the daughter of Ole Ingebrigtsson Mauset and Maria/Marie Engelsdatter Husby.

Genealogy of Ansel Elgort (focusing on his mother’s side) – http://worldconnect.rootsweb.ancestry.com