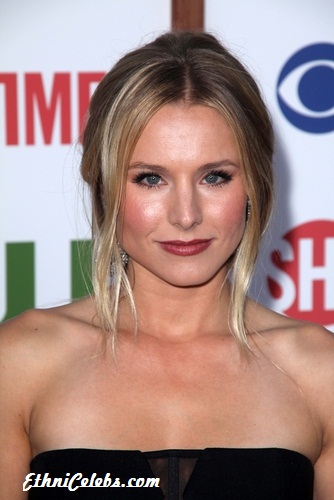 Kristen Bell is an American actress and singer. Her roles include Veronica Mars, The Good Place, Frozen, and Couples Retreat, among others.

Kristen’s father has German, as well as English, Irish, Scottish, and Scots-Irish/Northern Irish, ancestry. Kristen’s mother is of Polish descent. Kristen is married to actor Dax Shepard, with whom she has two children.

Kristen’s maternal grandfather was Bernard “Bernie” Frygier (the son of Frank Frygier and Mary W. Sumeracki). Bernard was born in Ohio, to Polish parents. He received a silver star and a purple heart for his WWII service.

Genealogy of Kristen’s father (focusing on his father’s side) – http://worldconnect.rootsweb.ancestry.com