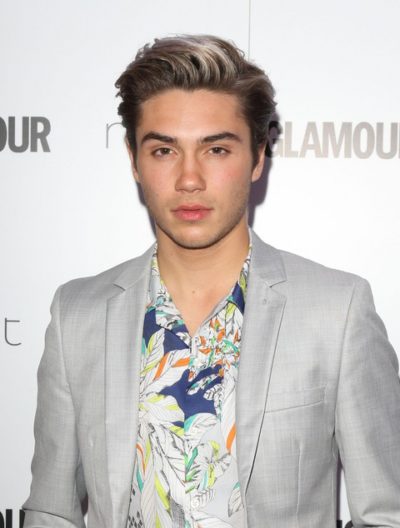 Shelley in 2016, photo by Prphotos

George Shelley is an English singer, actor, and presenter. He was a member of boy band Union J. He is the son of Toni Harris and Dominic Paul Shelley.