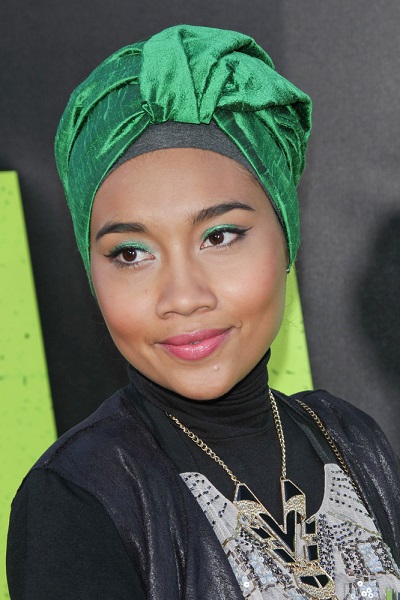 Yuna is a Malaysian singer, songwriter, and businessperson.

Her parents are from Perak. Her father, The Hon. Justice Dato’ Mat Zara’ai bin Alias, was the Pahang State Legal Advisor, and is a Judicial Commissioner at the High Court of Johor Bahru. Her mother has Bugis ancestry. She was raised in Kelantan, Penang, Ampang, Subang, and then Perlis.

Yuna is married to Malaysian director Adam Sinclair. Adam is the brother of actor Ashraf Sinclair and actress and television host Aishah Sinclair; Ashraf was married to singer and actress Bunga Citra Lestari, until his death.

She is a Muslim, and wears a hijab during performances.

Yuna has said that she is a descendant of Raja Abdullah bin Raja Jaafar on her mother’s side. Raja Abdullah was the son-in-law of Abdul Samad of Selangor, who gave him authority to rule over Klang in 1866.

Source: Interview with Yuna about her background – https://thenutgraph.com