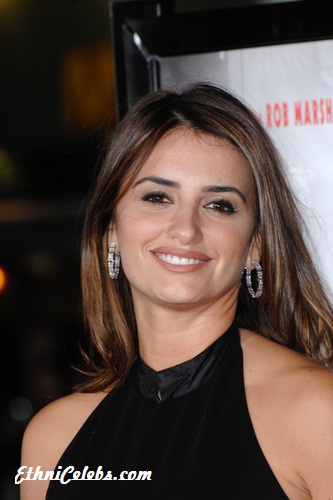 Penélope Cruz is a Spanish actress and model. She won the Academy Award for Best Supporting Actress for Vicky Cristina Barcelona (2008). She has appeared in many Spanish and Hollywood films, also including Blow, Vanilla Sky, Gothika, and Volver.

Penélope was born in Alcobendas, Madrid, Spain, to Eduardo Cruz, from Alonchel, Extremadura, and Encarna Sanchez, from Andalusia. Her sister is actress Mónica Cruz. Penélope is married to actor Javier Bardem, with whom she has two children.

One article stated that Penélope has some Romani ancestry:

[Penélope] was the oldest of three siblings… by her grandmother she had Gypsy [Romani] blood… She wanted to became ballerina like her grandmother. And although her family wasn’t rich, the mother decided to invest in the future of her daughter.

It is not clear if this Romani ancestry has been verified/documented.

Source: Genealogy of Penélope Cruz (focusing on her father’s side) – https://www.geni.com