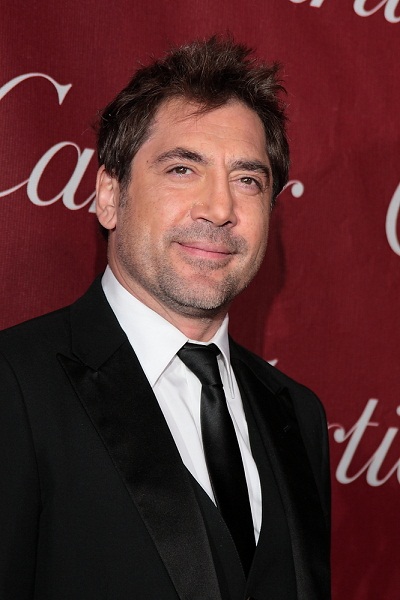 Javier Bardem is a Spanish actor. He won the Academy Award for Best Supporting Actor for No Country for Old Men (2007). He has also starred in Jamón Jamón, Before Night Falls, The Dancer Upstairs, Biutiful, Skyfall, and Being the Ricardos, among many other acclaimed films.

Javier was born in Las Palmas de Gran Canaria, Spain, the son of José Carlos Encinas Doussinague and actress Pilar Bardem (María del Pilar Bardem Muñoz), who was known as “La Bardem.” Javier is married to actress Penélope Cruz, with whom he has two children. Javier is the brother of actors Carlos Cardem and Mónica Bardem. His uncle, Juan Antonio Bardem, was a film director and screenwriter.

Javier’s maternal grandfather was named Rafael Bardem Solé. Rafael was born in Barcelona, Catalonia, and was an actor.

Javier’s maternal grandmother was Matilde Muñoz Sampedro (the daughter of Miguel Muñoz Sanjuán and Catalina Sampedro Álvarez). Matilde was born in Madrid, and was an actress. Matilde’s sisters, Guadalupe Muñoz Sampedro and Mercedes Muñoz Sampedro, were also actresses, as was Mercedes’s daughter, Carmen Lozano. Javier’s great-grandfather Miguel was the son of José Muñoz and Joaquina San Juan. Javier’s great-grandmother Catalina was the daughter of Manuel San Pedro and Josefa Álvarez.

Genealogy of Javier’s father (focusing on his own mother’s side) – https://www.geni.com

Genealogy of Javier Bardem (focusing on his mother’s side) – https://www.geni.com