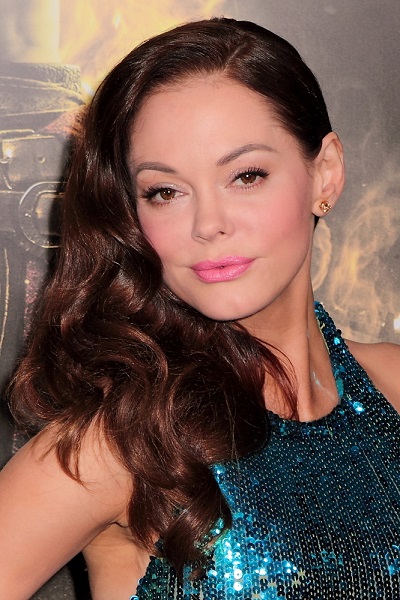 McGowan in 2011, photo by PrPhotos.com

Ethnicity: English, as well as Irish, French-Canadian, and French

Rose McGowan is an American activist, actress, author, model, and singer. Her roles include the films The Doom Generation, Scream, and Grind House/Planet Terror, and the series Charmed, among other projects.

She was born in Certaldo, near Florence, Italy, to American parents, Terri and Daniel Patrick McGowan. In Florence, her father ran the local chapter of the religious group Children of God, a group her family left later in the 1970s. In the U.S., she was raised in Oregon and Washington.

Rose has English, as well as Irish, French-Canadian, and French ancestry.

Rose’s paternal grandfather was James Robert McGowan (the son of Robert Emmet McGowan and Ruby Lorena Newman). James was born in Utah. Robert was the son of Daniel J. McGowan, who was Canadian, and of Catherine E. Schaefer. Ruby was the daughter of Hanson Harrison Newman and Lugenia/Eugenia Emmaline “Emma” Wayne.

Rose’s paternal grandmother was Nora Mascotte (the daughter of Albert Joseph Mascotte and Irene Hill). Nora was born in Nebraska. Albert was born in Michigan, to French-Canadian parents. Irene was the daughter of Walter Leslie Hill and Elizabeth Catherine “Lizzie” Bull.

Rose’s maternal grandfather was Kenneth L. Morehouse (the son of Bert Edward Morehouse and Gladys Cora Martin). Kenneth was born in Idaho. Bert was the son of Edward William Morehouse and Maude Millett. Gladys was the daughter of Harry Rufus Martin and Jennie June Folwell.

Rose’s maternal grandmother was Sharon Lee Burch (the daughter of Herbert William Burch and Vera Mae Ferrell). Sharon was born in Washington. Herbert was the son of William Newton Burch and Lula Saylor. Vera was the daughter of Jesse/Jessie Clayborn Farrell and Lottie Mae Showalter.