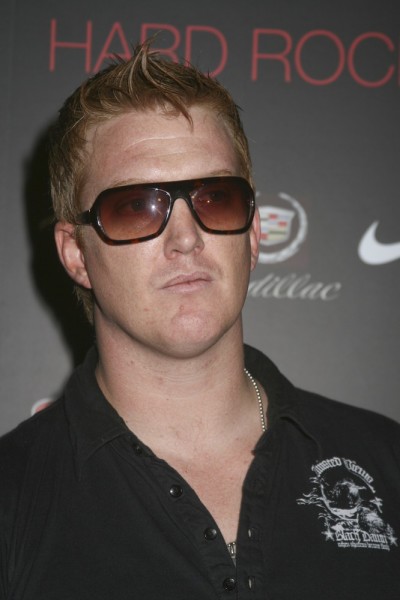 Josh Homme is an American singer, songwriter, musician, record producer, and actor. He is the founder and primary songwriter of rock band Queens of the Stone Age. He is also a co-founder of California-based rock band Eagles of Death Metal, with Jesse Hughes. He is also known as Baby Duck, Carlo Von Sexron, J.Ho, Töôrnst Hülpft, and Ginger Elvis.

He is married to Australian musician Brody Dalle, with whom he has three children.

Josh’s paternal grandmother was Camille Ann Wachter (the daughter of Paul August Wachter and Edna Katherine Anderson). Camille was born in North Dakota. Paul was the son of German immigrant Gottlieb Charles Wachter, of Bernstein, and of Annie Clotier. Annie was of three quarters French-Canadian, and one quarter French, descent. Edna was the daughter of Swedish immigrants, Henry Andersson, later Anderson, and Anna Steinholm.