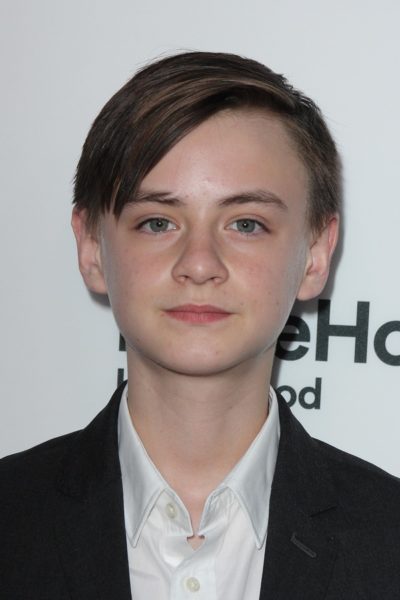 Jaeden Martell in 2016, photo by kathclick/Bigstock.com

Jaeden Martell, previously credited as Jaeden Lieberher, is an American actor. He has starred in the films St. Vincent, Midnight Special, The Confirmation, The Book of Henry, It, Mr. Harrigan’s Phone, and Knives Out, among other works.

He is the son of Angela Martell and executive chef Wes Lieberher.

Jaeden’s maternal grandmother is Korean. A picture of Jaeden with his mother can be seen here.

I’m a quarter Korean, actually. My grandma is Korean and we have Korean family… one of my favorite Korean dishes [is] Dduk Guk (떡국)… My grandma cooks a lot of Korean dishes.

May is Asian Heritage Month and I’m proud to celebrate the diversity of our community… I’m a quarter Korean and it’s a huge part of who I am. Excited to see the change and representation of more minorities on screen because this is what the country really looks like. T-shirt by @phenomenal.ly benefits @napawf which builds power for AAPI women and girls. #phenomenallyasian

Genealogy of Jaeden’s maternal grandfather, Thomas O. Martell (focusing on his own mother’s side) – http://worldconnect.rootsweb.ancestry.com

Genealogy of Jaeden’s maternal great-grandfather, Harrison Joseph Martell (focusing on his own mother’s side) – http://worldconnect.rootsweb.ancestry.com