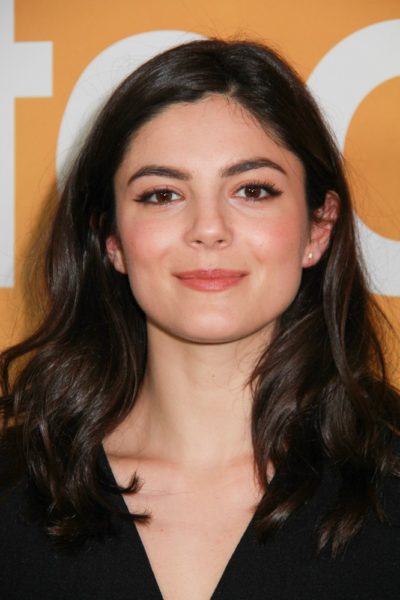 Monica Barbaro is an American actress. She co-stars in Top Gun: Maverick.

Her father is of Italian descent. Her mother is of German, English, and Welsh descent on one side, and Mexican ancestry on the other. Her mother is pictured here. She grew up in Mill Valley, California.

Monica has said that she is a descendant, great-great-great-great-granddaughter, of American politician William Floyd. William was a member of the U.S. House of Representatives from New York, from March 4, 1789 to March 3, 1791, and was among the 56 signers of the U.S. Declaration of Independence. He was of English and Welsh descent.

I talked to my mom after visiting the Alamo once. She told me about how her textbooks portrayed the Battle of the Alamo with courageous Texans standing their ground while the savage Mexicans scrambled up the side of a wall. This among other stories she’d told me of being judged and questioned about her skin color and facial features, and her mother – who wore the finest jewelry and brands at all times so as not to have her worth questioned – being called out for her unmistakeable accent.

Monica’s paternal grandmother is Mary Lou Miglio (the daughter of Michele “Michael” Miglio and Aquila Gaudio). Mary Lou was born in Pennsylvania, to Italian parents. Michele was the son of Giuseppe Miglio, who was from Zumpano, province of Cosenza, Calabria, and of Annunziata/Annunciata Imbrogno. Aquila was also born in Zumpano, the daughter of Luigi Gaudio and Angela Gaetana Lappano.

Monica’s maternal grandfather was Eugene Phillip Wagner (the son of Clarence Edward Wagner and Sarah A. “Sadie” Floyd). Eugene was born in California. Clarence was the son of Daniel Wagner and Kath. Scharmann, who was German. Sarah was born in South Dakota, the daughter of William Floyd and Frances Woodruff.

Monica’s maternal grandmother was Ela López y Zayas (the daughter of Gpe. López Rodriguez and I. Zayas). Ela was born in Mexico. Gpe. was born in Matamoros, Tamaulipas. I. was born in Brownsville, Texas.