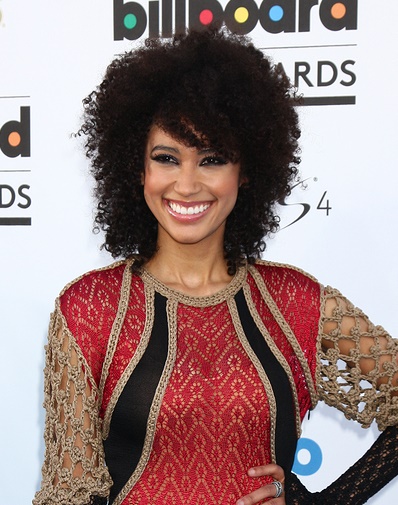 Allo in 2013, photo by kathclick/Bigstock.com

Andy Allo is a Cameroonian-American singer, songwriter, guitarist, and actress.

She was born in Bamenda, Northwest Region, the daughter of Sue and Andrew Allo, an ecologist. Her father is Cameroonian. Her mother is a white American, born in Lodi, California. The family moved to Sacramento, California, when Andy was eleven years old. Andy holds dual Cameroonian and U.S. citizenship. She is pictured with her parents here.

Andy’s maternal grandmother was Viola Alma Woelmer (the daughter of Theodore F. Woelmer/Waelmeir and Mary Zabel). Theodore was the son of John Woelmer/Wollmer and Anna/Annie Kaper. Mary was the daughter of John A. Zabel, who was born in Louisville, Kentucky, to parents from Hesse, Germany; and of Magdalena Wortz/Woertz, who was originally from Baden, now Baden-Württemberg, Germany.