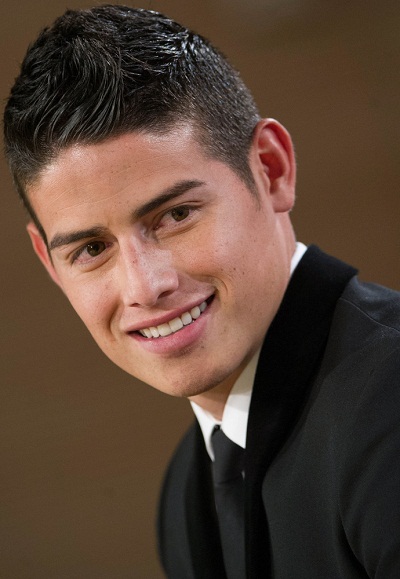 Rodríguez in 2014, photo by Prphotos.com

James Rodríguez is a Colombian footballer. He plays for Real Madrid and the Colombian national team. In 2014, James moved from Monaco to Real Madrid for a transfer fee of €80 million, making him one of the most expensive players in football.

James is native of the city of Ibagué, where he spent his childhood. He is the son of Wilson James Rodríguez Bedolla and Maria Del Pilar Rubio.