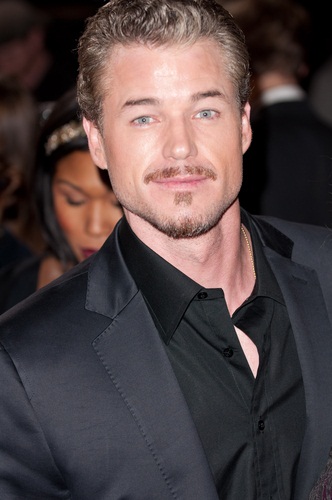 Eric Dane is an American actor.

Eric is the son of Leah (Cohn) and William Melvin. He has English, German, Scottish, Russian Jewish, Austrian Jewish, and Finnish ancestry. Eric was raised in the Jewish faith of his mother and step-father (he was Bar Mitzvah).

Eric is married to actress and model Rebecca Gayheart, with whom he has two children.

Eric’s maternal grandfather was Maurice Dave Cohn (the son of Henry Cohn and Frances Zimet). Maurice was born in California. Henry was a Russian Jewish immigrant, the son of Isador Aaron Cohn and Ethel. Frances was born in New York, to Austrian Jewish parents.

Genealogy of Eric’s paternal grandfather, George Francis Melvin (focusing on his own mother’s side) – http://worldconnect.rootsweb.ancestry.com