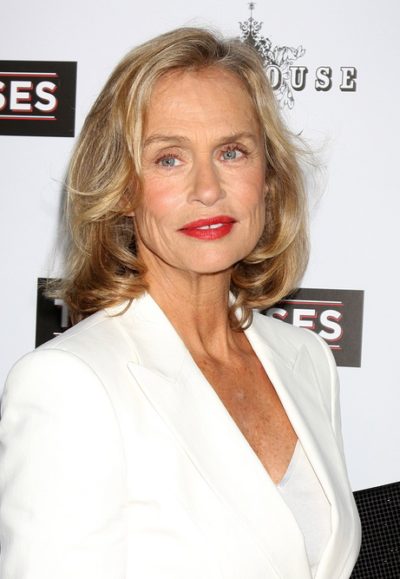 Hutton in 2010, photo by Joe Seer/bigstockphoto.com

Lauren Hutton is an American model and actress.

She is the daughter of Minnie and Lawrence Bryan Hutton. After her parents’ divorce, Lauren was raised by her mother and stepfather, Jack Hall.

Lauren’s paternal grandmother was Lillian Eva Fudge (the daughter of Joseph O. Fudge and Emmiline Caroline Mills). Lillian was born in Mississippi. Joseph was the son of James Porter Fudge and Priscilla Horne. Emmiline was the daughter of James Malachi Mills and Clara Elizabeth “Clary” Sanders.

Genealogy of Lauren Hutton (focusing on her father’s side) – https://www.geni.com