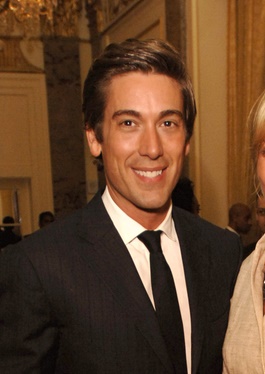 David Muir is an American journalist and anchor. He has hosted ABC World News Tonight with David Muir since 2014.

David’s maternal grandmother was Rita Marion Duffy (the daughter of John Henry Duffy and Louise J. Marsh). Rita was born in New York. David’s great-grandfather John was the son of Stuart Richard Duffy and Anastasia Victoria O’Neil, and had Irish ancestry. Louise was the daughter of Frank Marsh and Mary.