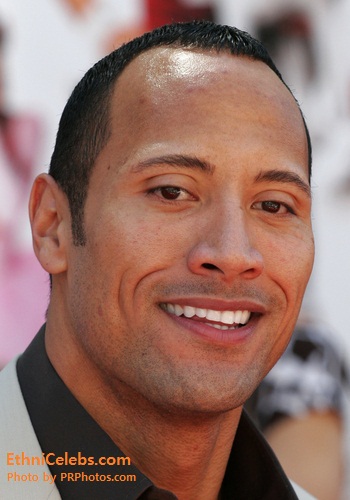 Dwayne Johnson, also credited as The Rock, Flex Kavana, and Rocky Maivia, is an American actor, producer, businessperson, professional wrestler, and American/Canadian professional football player. He has starred in The Scorpion King, The Rundown, Doom, Gridiron Gang, Race to Witch Mountain, The Other Guys, Faster, Journey 2: The Mysterious Island, G.I. Joe: Retaliation, Hercules, San Andreas, Moana, Jumanji: Welcome to the Jungle, Rampage, Skyscraper, Fighting with My Family, Jungle Cruise, DC League of Super-Pets, Black Adam, and the Fast and the Furious films, among many other productions; many of his films are among the most popular of the 21st century.

He is the son of Ata Johnson (born Feagaimaleata or Mataniufeagaimaleata Fitisemanu Maivia) and Rocky Johnson (born Wayde Douglas Bowles), a Canadian and American wrestler. His father was also billed as Sweet Ebony Diamond and Drew Glasteau. A picture of Dwayne at a young age, along with his parents, can be seen here.

Dwayne’s father, who was black, African-Canadian, was born in Amherst, Nova Scotia, Canada, and had Black Nova Scotian heritage. Black Nova Scotians descend from African-Americans who left the U.S. after the American Revolution, having sided with the British. Dwayne’s paternal grandparents were both black, and Dwayne has stated that he also found out that he has some “strong Irish blood” on his father’s side. Dwayne has also been said to have First Nations (Native Canadian) ancestry, although it is not clear if that is accurate.

Dwayne’s mother is Samoan, and descends from Samoan royalty. She is the adoptive stepdaughter of Samoan professional wrestler Peter Maivia, and the daughter of wrestling promoter Lia Maivia. His mother is also of 1/16th Scottish descent. Dwayne spent some time growing up in Grey Lynn, New Zealand, where he was able to learn about his Pacific Islander heritage. He has a tribal “pe’a” chest-and-arm tattoo. He was also partly raised in Charlotte, North Carolina, and Hamden, Connecticut.

Dwyane’s paternal grandfather was James Henry A. Bowles (the son of John W. Bowles and Lila/Lilla/Lillian Jones). James was born in Amherst, Cumberland County, Nova Scotia, Canada. John was the son of Stephen Bowles and Charlotte/Charlotta/Lottie Jones. Lila was the daughter of Henry Jones and Mary Jane.

Dwyane’s paternal grandmother was Lillian Gay (the daughter of Alfred Nathan Gay and Isabelle/Isabel/Isabell/Isabella Sickles). Lillian was born in Amherst, Cumberland County, Nova Scotia, Canada. Alfred was the son of Delia/Adelia. Isabelle was born on Prince Edward Island, the daughter of William Benjamin Sickles and Hannah Colecraft/Colecroft. Through this line, Dwayne is descended from Dembo Sickles, who was born, c. 1762, in Benin, and was sold as a slave to a man in Prince Edward Island. 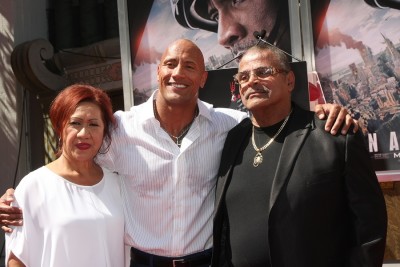 Dwyane’s adoptive maternal grandfather was born Fanene Pita Anderson (the son of Rebecca Fanene). Fanene was born on American Samoa; he wrestled under the name Peter Maivia, and was also known as Peter Anderson. In Dwayne’s own early wrestling days, he was known as Rocky Maivia, a combination of the nicknames of his father, Rocky Johnson, and Peter Maivia. Peter himself was adopted by Ifopo F. Amituana’i, the father of The Rev. Amituana’i Anoa’i. Ifopo was the great-grandfather of professional wrestler and actor Roman Reigns and professional wrestler Rikishi, and the great-great-grandfather of professional wrestlers Jimmy Uso and Jey Uso. The family was from Utulei on American Samoa. 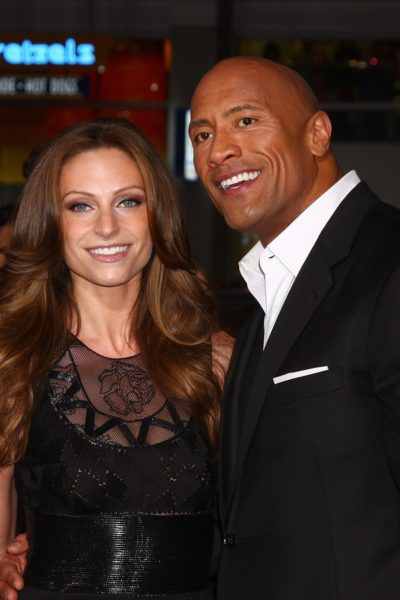